the eraged named paper in the water 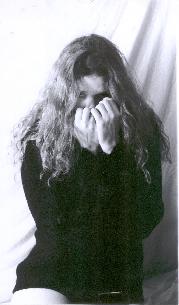 Wonderful color and energy in this piece. Love the liquid feeling and the ribbons of blue. Wonderful variations of the color by the way. Bravo

When it comesto a new year, some people’s names are forgotten and some are remembered. Forgotten people........ People’s names recorded on a sheet of paper sinking under the water following the path of time are disappearing. As time goes by, water gets dark because of forgotten people and when no one’s name remains, myname also disappears. 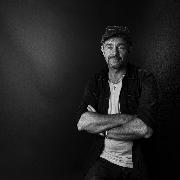 Hyesoo.....Great work, i am waiting to see more of your work you do right now. 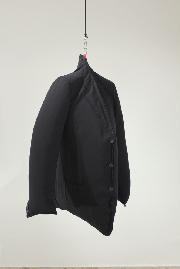 stand owith my own time

Among my earliest memories, I remember a boy’s story to enter into a room full of candle lights. Candle lights of various length were telling the life of each person. The room of soul may be somewhere, out there. The spool bearing people’snames is threaded out and piled on the floor very slowly according to the unit of minute and hour. The time when I stand with my own time in the forest of people’s time…

PARK's Comment: People keep on living by their own speed. Time seems like to be given to each and everyone by the same length but the length is created by on one’s own. What am I moving for? How much am I moving on the earth? And where am I in my life? People’s handwriting represents their characters. This is the work created to think and find one’s being among name cards signed by audiences relating to the clock.

Today such as yesterday and tomorrow

inside cut - 100 strings are connected with pipe of go-round instrument. If audience turning that wheel, 100 strings are gathering into pipe( in center). As pipe became heavy, strings on wall bec믇 thin. This participated work is made by audience. they told that strings are moving for themselves. But actually string does not moved by them. The world don't move(or change) for me.

I' am living and changing by surrounded people. Then, question raises. What person am I ? what scent did I have? This participated work is to know my self by using scent.

When do you feel lived? Why am I not feeling lived? in face of breathing and moving? My senior told me, because I don't have any child. I don't know What´s this got to do with living? but they said when I breed a lived thing, I'm feel more alive. As I watch it's growing, I became awake to my change. I haven't breed any animal or plants, but I like to making and recording something, so I decided to bread lived something in my way. The most changing one... I decide to bread the sun. If I bread it 4 seasons, I felt to know so I have gone to mountain where there's no high buildings, and I have lived there for one year. Every shining day, I collected sunshine, put it on my wood. I chose wood, because it had already made a rough sketch by time record. The sun grew faster than I thought. as I moved around everywhere to collected sunshine with wood all day, I surely saw the change. and as often as I move, it grew faster and bigger. It's clear thing to see that small to change make boring day into vividness.

standing own my time

To look around past and to find oneself among others, that's the way to see where I am. To stand with my past as standing in front of mirror. How to I live now, where am I, where am I going to ? Among my earliest memories, I remember a boy’s story to enter into a room full of candle lights. Candle lights of various length were telling the life of each person. The room of soul may be somewhere, or out there. The spool bearing people’s names which is threaded out and piled on the floor very slowly according to the unit of minute and hour. The time when I stand with my own time in the forest of people’s time…

The tomb of my fault

As time goes by the paraffin inside tufow get melt and 1 hour later it become hard again. the color of paraffin chages every time like a sea of Trapani.

have recorded people’s voices and noises for 10 days in Trapani. I didn’t need to overhear people’s conversation, because people usually speak so loudly. Everything in the street is audible. if you want to know about this work, please visit to my website.

space palazzo della Vicaria in the Trapani Sicily 2007 Daily routine is boring and it’s the same for everybody. People no longer find any beauty, surprises or pleasure in it. But if people break away their routine, they come to realize the value of daily life. It isn’t that they didn’t know the value, it’s just that they couldn’t see it by themselves, because they are inside it. The routine of the Trapani people is very new to me, because I’m a stranger. If you look at your daily life in detail, you can see it’s beauty,. If you look at it for a long time, you can feel it’s loveliness. I am creating new work here, but from a stranger’s view point. If you want more images about this work, please invite my website. www.phsoo.com

Lilly- light window> scratch on the window 120*150cm space DiArt in Trapani Sicily This flower window come out only for 1 hour. and disappear with sun. people can see the only empty space for the rest time. (actually It's not empty. I drew the rectangle line which means door's place with pencil. photo: Jacques Montel

people can see the inside world when they go near to the door...

This, for me, is a masterstroke of creativity. With the minimum of intervention Hyesoo opens a magical world. The beauty is the simplicity with which she does this.

the sea color at the salina changes every process. the pink means that salt almost be done. photo by: jacques Montel

installed inside the salina in Trapani, Sicily 2007 artist note> White snow starts to be polluted from the moment it falls in the land. so black tears flows down in the land. Most of Korean mother spend their life enduring. their sorrow without tears always make people’s mind to be touching. The Lot’s wife must be so beautiful woman. maybe she had many talents and rich life, so she hart to throw that out at once. Who could blame her? I also live such like life. If how many days are collected, the sea could be filled with salt ? For all beautiful sorrow in the world. * Lot’s wife: the woman in old testament (bible), she became a salt pillar at the fall day of the Sodom. And Gomorrah (photo by Jacques Montel) special thanks: Jacques Montel, Antonio Sammartano, Giovanni Vultaggio.. www.phsoo.com

Bellissima. You've succeeded in making some very significant images from your experience in Trapani. Congratulations and thanks for sharing them. /j-p.

where have the people gone?

this work is for the blind people.. blind boy made a sound pressing the strimg. every string has different unique sound.

where have the people gone?

mixed media(string, rubber, cloth, wire drawing on the wall) 500*300cm 2007 As time goes by, people lost their dear peiple. like friend or familly. One day, I realized i'm alone. "Where have the people gone?" I thought about that.. It's because only jealousy or self-respect, or time fly or so different life style. or people have passed this life... some time no reason.. this work is for the blind people. so I used different kind of material which have various touch feeling like soft cloth, wire, rubber.. every string has different sound. I made some soud play area. It looks like a play hide- and-seek in my childhood. The play hide- and-seek is search for the friend, and finally I could find my friend, but now a day I'm not sure I'lll able to find my lost friend again...